In 1960, Elmer Schienbein, Les Linton, and Whitney Schwarz opened Flowerland, with plans to franchise in Phoenix and across the U.S. The bucket shop concept - where customers could cash-and-carry loose flowers out the door - was popular at the time, and the trio quickly expanded their operation to four Phoenix retail shops. By the next year, they were operating as stand-alone shops, and only Schienbein and Linton remained at the original location. The two formed S and L Flower Company, Inc. and their flagship store became Phoenix Flower Shop.

When Schienbein assumed full control of S and L Flower Company the next year, the Phoenix shop had nearly $100,000 in sales. In 1964, S and L scored another coup with the purchase of Downs Greenhouse, known for growing African violets and split leaf philodendrons. The team turned it into a successful wholesaler of fresh flowers, plants, and floral supplies, and today it serves the needs of retail florists, decorators, and other wholesale buyers in Phoenix.

In the 70s, S and L further expanded, opening more stores in Tempe and Mesa. By the end of the decade, it had $1 million in annual sales. With the arrival of the 80s came the arrival of Schienbein's son, Don, who joined the firm and remains its president today. The decade saw more shop openings and a new manager for Downs in the form of Denny Kinder.

Throughout the 1990s, the expansion continued, with Ken Young joining the organization in 1990. Young was well established in the floral industry, having previously spent 10 years at one of the nation's top floral retailers. Eventually, Don and Ken would assume full stock in the company, which launched its first informational website in 1996 and shortly thereafter developed the first e-commerce florist website in Arizona. The site itself would evolve again in 2005, becoming one of the most successful independent florist sites in the country.

By the time beloved founder Elmer Schienbein passed away on February 11, 2009, the company had evolved too, streamlining its operations and closing some locations. Today, S and L Flower Company remains among the largest floral operations in the Western U.S., and Phoenix Flower Shops has been consistently recognized as one of the Top 100 Members of FTD. Acclaimed by The Arizona Republic, AZCentral.com, The New Times, Ranking Arizona, Phoenix Magazine, Today's Arizona Woman and others, Phoenix Flower Shops continues the legacy begun by its founders nearly 60 years ago.

Our Story • Our History • The Greenhouse • Corporate Services • Locations 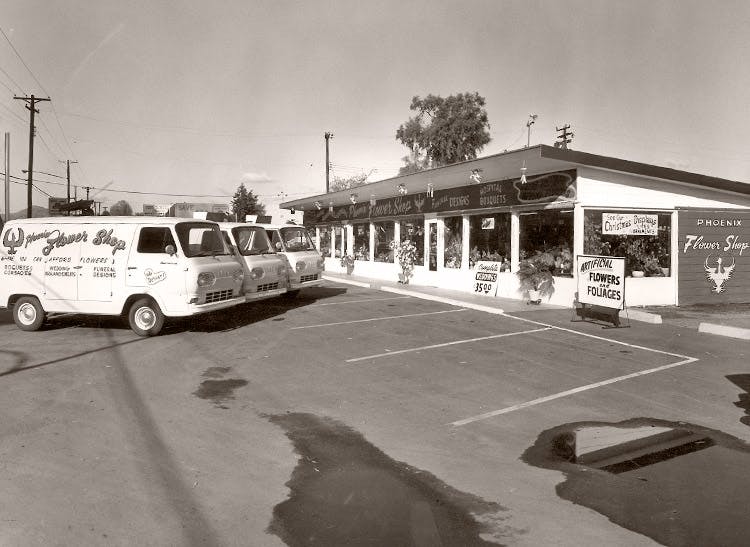 A small fleet of delivery vans parked outside our showroom, circa 1970 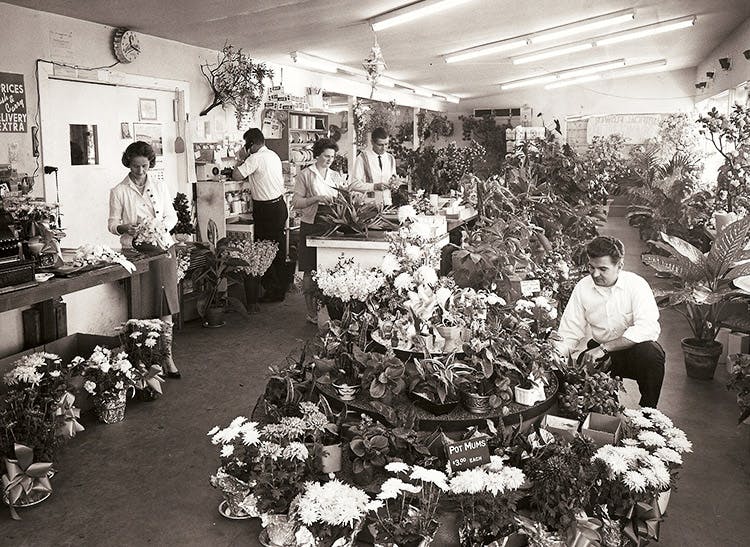 Our busy staff tends to arrangements and takes phone orders in our shop, circa 1970 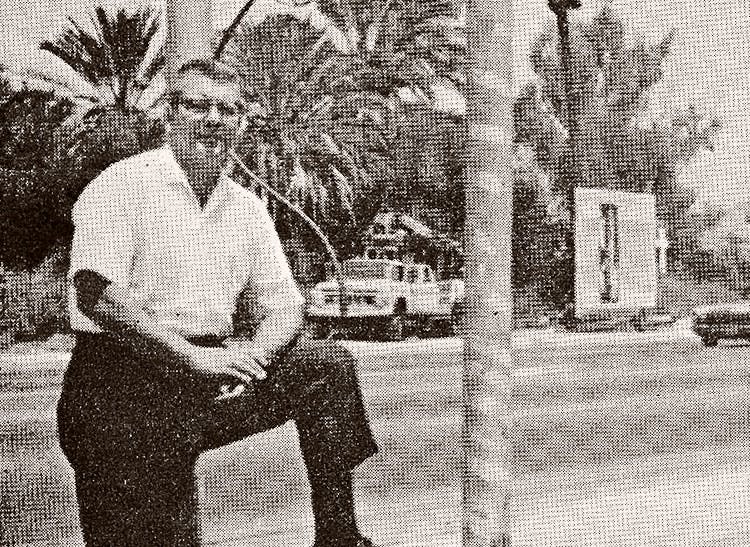 Elmer Schienbein rests his foot on the curb outside Phoenix Flower Shop, soon after becoming owner