National Grandparents Day is celebrated every year on the first Sunday after Labor Day. This year, the holiday will be celebrated on Sunday September 12th. 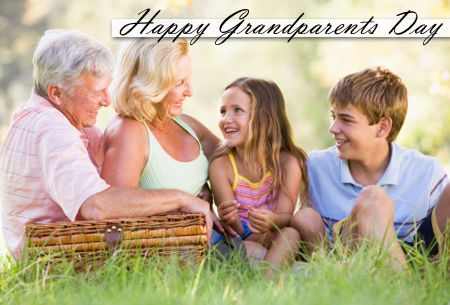 As we seek to strengthen the enduring values of the family, it is appropriate that we honor our grandparents. Grandparents are our continuing tie to the near-past, to the events and beliefs and experiences that so strongly affect our lives and the world around us. Whether they are our own or surrogate grandparents who fill some of the gaps in our mobile society, our senior generation also provides our society a link to our national heritage and traditions.

Grandparents Day is also celebrated in Canada on the second Sunday of each September as a day to acknowledge the importance of grandparents to the structure of a family.
Marian McQuade died at the age of 91 on September 26, 2008. She was the mother of 15 children and had 43 grandchildren and 15 grea t-grandchildren.

Be sure to celebrate National Grandparents Day with all the older people in your life. Let them know they are in your thoughts with a gift of fresh flowers, plants, cookies, cheesecake, brownies, or one of the other great gifts available online at www.phoenixflowershops.com